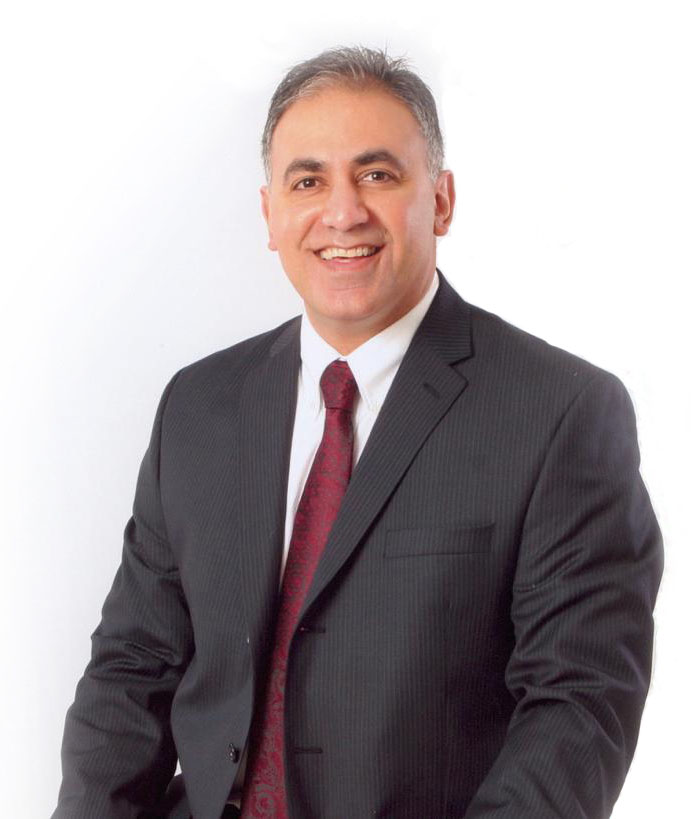 Rev. Luther John Doctorian is an Armenian, born in Lebanon. At the age of eight, he moved to the U.S. because of the civil war in Lebanon. Luther, his father and family are from Jerusalem. Luther met the living Lord Jesus Christ and is a born-again believer. He has been baptized by water in the Jordan River and Jesus has baptized him with The Power and Fire Of His Holy Spirit. The Lord has called, chosen, and sent Luther to the nations of the world to bring Glory to His Name. He was preaching and ministering even before he went to Bible School for formal training. He is an ordained Minister, and has received his Master’s degree in Theology and Divinity and in Pastoral Ministry from Bible School Seminary. Luther also serves in his local Church as a Senior Pastor. Luther proclaims the Anointing and Ordination from the Holy Spirit upon his life, as the key most important power, fire, and training in his ministry than any other means of education or schooling.

Luther also has an extensive creative background history. He received his B.A. in Communication and Professional Studies, including Film, Television, and Radio, from California State University, Northridge. One month before his university graduation with top honors, CNN was very much interested in his exciting, and promising future, and interviewed Luther, and on the spot hired him a producer position in their Hollywood/Los Angeles Studios and Bureau. Luther thrived at CNN for three years, producing and directing countless news and entertainment shows, with hundreds of the Hollywood’s top high-profile actors and actresses, including live daytime talk shows, and show business related entertainment programs. Because of his beautiful, deep, and smooth voice, for one year, Luther was a news anchor talent, and spoke on one of the Southern California’s highest rated radio station, KPCC 89.3 FM, where he gave the news in the Morning slot, and also in the evening, where he had over forty thousand listeners for both times. Luther also started and owned his own, very successful, Film and Television Studio Entertainment Production Company, complete with one of the biggest soundstages in southern California, that included post-production facilities as well. God blessed Luther’s countless productions, which included the top entertainment clients like Disney, Universal Studios, Warner Bros. Paramount Studios, Network CBS, NBC, and ABC, where he took the helm, by filling the roles of Executive Producer, Producer, and Director, which he continued for twenty-one years. During all these successful years in the entertainment industry, God was preparing Luther for his absolute and most blessed and anointed calling, choosing, and sending, for using all his creative talents and voice, to preach the Gospel of Grace and Peace of Jesus Christ! Luther is also a gifted, talented, and accomplished musician, which includes being a Cellist, playing the guitar, bass guitar, drums/percussion, piano, and singing, taking part in symphonies, and orchestras for over twenty-five years, including leading worship for twenty-one years in his local church and around the world. Luther also started a Christian Rock Band, where he was the bands front man, played bass guitar, and sang lead vocals for eleven years. With this band, Luther and his band members played and sang in so many Christian conferences, colleges, universities, around the U.S. and even many Hollywood night clubs, which included the famous Troubadour night club, on the famous Hollywood Sunset Boulevard. Even in these night clubs, Luther was reaching out to souls and ministering to them with the Gospel of Jesus Christ! After twenty-four years of being in the media business, which had Luther producing and directing other talent, including himself, behind the Camera, and Microphone, Luther always, spoke, ministered, prayed, and brought so many souls to Christ in the entertainment industry. So now, The Lord has called him full-time, to use all of his extensive creative background talents, to preach and minister, filled with his colorful sermons, and singing, in front of the Camera, and Microphone, in this amazing media technology innovated generation, to reach millions of souls around the world, for salvation in Jesus Christ! The Lord has used Luther in his industry and now, God is using him in the Church, the Body of Christ, to be a light in the Lord. By God’s Grace, The Lord is taking Luther to the nations of the world to proclaim the Gospel of Jesus Christ. By The Lord’s Grace, Luther has been ministering now in 45 countries of the world. Luther gives all Glory to Jesus.

My dear family in Christ. Praise God, that our wedding video is ready! Jade and I are so happy to share our blessed and special day with you! We glorified God with and through our wedding! We love you and pray that, as you watch and listen to our wedding video, that God will bless you with His Love, Joy, and Peace! Shalom

“From this day I will bless you.”

"This is the Word of the Lord: ‘Not by might nor by power, but by My Spirit,’ Says the LORD of Hosts."

"For God so loved the world that He gave His only begotten Son, that whosoever believes in Him should not perish but have everlasting life."

“I will bless the LORD at all times; His praise shall continually be in my mouth.”

“Let the words of my mouth and the meditations of my heart Be acceptable in your sight, O LORD, my strength and my Redeemer.”